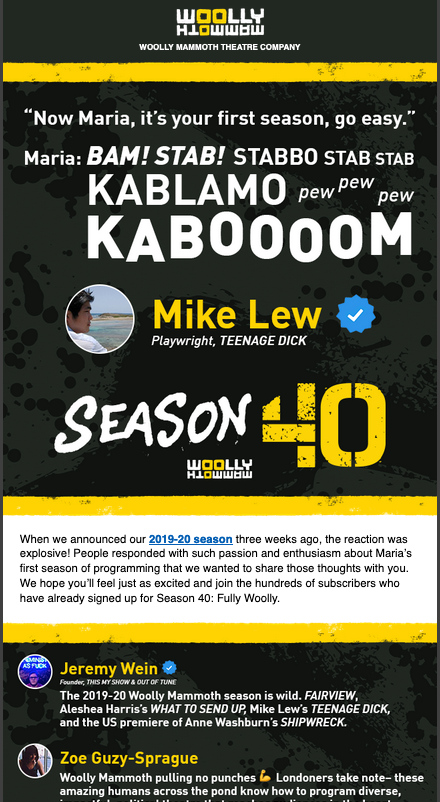 At KCG, every morning, we trade little jewels of marketing or communications that landed in our emails overnight. This morning, Cynthia shared a clever marketing pitch from the Woolly Mammoth Theatre Company for its 40th season. Woolly, an eclectic, hip and pioneering theater in downtown D.C., welcomed new artistic director Maria Manuela Goyanes last year, and the coming 2019-20 season is her first programming the stage. After releasing details of the new season, Woolly collected the reactions from playwrights and other theater types who were asked what they thought. You’ve got to love anything that leads with “Bam! Stab! Stabbo…” Let’s just say, it got both of us to read the email and click through to Woolly’s website. As they say in the theater’s media, “Season 40: Fully Woolly.”