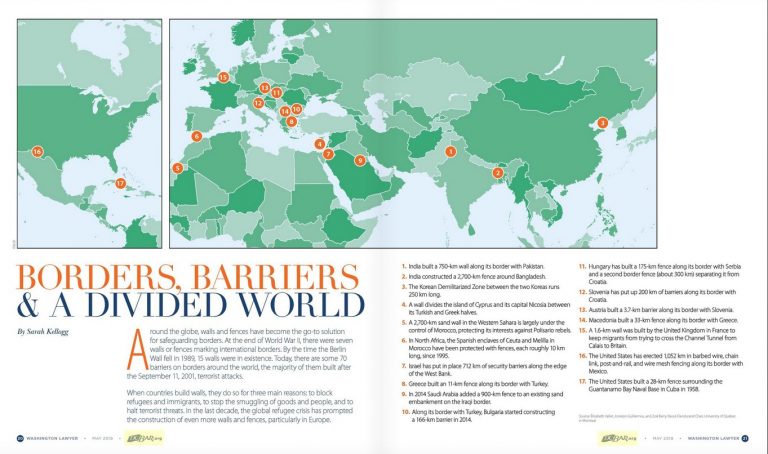 Around the globe, walls and fences have become the go-to solution for safeguarding borders. At the end of World War II, there were seven walls or fences guarding international borders. By the fall of the Berlin Wall in 1989, there were 15. Today there are some 70 barriers on borders around the world—the majority of them being built after the terrorist attacks on Sept. 11, 2001. Read more.